Mitsubishi vehicles filled all the top three winning slots in the just ended Guru Nanak Rally 2021. The National Rally Championship event held in Arusha was dominated, in numbers, by Subaru cars. However it was Mitsubishi wheels that really rotated to victory. 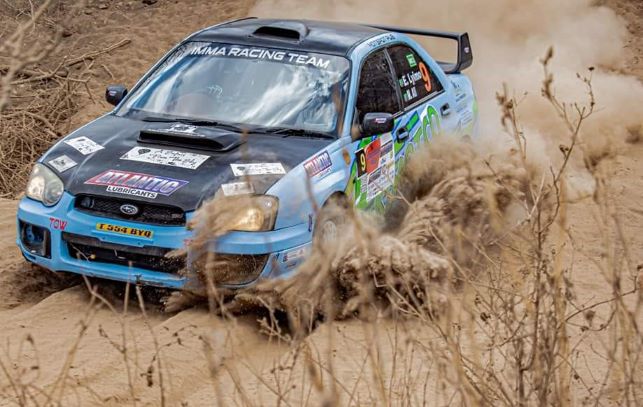 Manveer Birdi is the overall winner of Guru Nanak Rally 2021.

Driving a Mitsubishi Lancer Evolution IX, with Navigator, Ravi Chana, the Birdi team in car number 30, managed to outrun the other 13 vehicles, most of them being different models of Subaru.

It was also the first time for Manveer Birdi, from Dar-es-Salaam, to win the Rally

In the second position rode another Mitsubishi Lancer Evolution IX with Shehzad Munge behind the wheels of car Number 18, being navigated by Farhaad Mustafa, both from the Munge Rally Team.

From Simba with Love for Yanga: Manara jumps ship between rival teams

Out of the 14 entries, there were only four Mitsubishi Vehicles in the race which was dominated by Subaru cars and three of them topped the Tanzanian Rally Championship Round 7 event.

According to the final classification, the First Subaru vehicle, an Empreza MY-03, managed to finally appear on the fourth slot. It was driven by Emmanuel Lymo and Navigator Mustafa Ali in the Imma Racing Team.

Also, all drivers in the Guru Nanak Rally 2021 were Tanzanians with the exception of Navigator Ravi Chana from Kenya who Co-drove in the winning car.

Organized by the Arusha Motor Sports Club (AMSC), the Rally raced mostly in Monduli, covering a distance of 138 kilometers.

Rescue Teams still Searching for Young Pilot and His Aircraft: They Went Missing while Flying Over Selous Game Reserve

It Was All Fiesta as Ford Tops Mkwawa Rally of Iringa, Beating Subaru, Mitsubishi

garv chadha: Teenager teeing off to new heights in golf

Comments are closed, but trackbacks and pingbacks are open.