Rescue Teams still Searching for Young Pilot and His Aircraft: They Went Missing while Flying Over Selous Game Reserve

The Captain and his Machine disappeared while flying over the widest stretch of wilderness in East Africa. The Airplane was on special Mission in Southern Tanzania when it melted into thin air. PAMS Foundation an organization dedicated to war against poaching and wildlife trafficking operated the aircraft 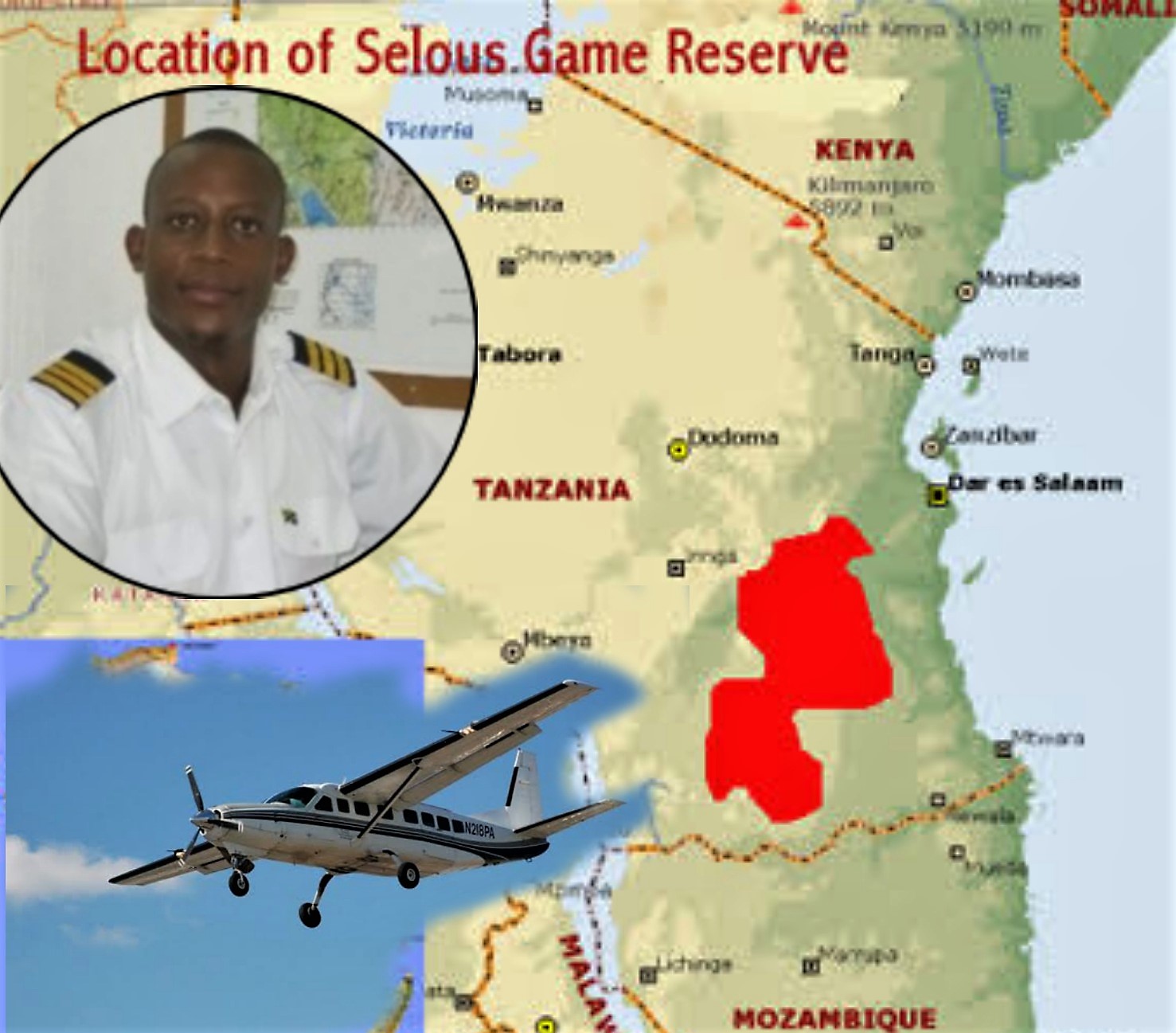 The airplane with only the Pilot on board is still missing as you read this.

The aircraft reportedly lost communication before disappearing while flying on ‘special mission,’ over the vast Selous Game Reserve, in Southern Highlands.

Search and Rescue teams were dispatched to trace the pilot and his machine but despite repeated efforts, there are still no reports of the missing plane.

In fact there have been no signs or traces of possible crash either.

The aircraft was being flown by Samuel Gibuyi a Database Manager and Pilot for PAMS Foundation a conservation entity dedicated to the fight against poaching, illegal logging and wildlife trafficking.

An email from Krissie Clark the Founder and Executive Director of PAMS Foundation confirmed to the Tanzania Times that, neither the Pilot nor his plane has been found so far.

‘’We are deeply saddened to report that our treasured brother, friend, colleague and pilot Samwel Gibuyi, is still missing. Samwel was flying a mission across southern Tanzania last week when his plane failed to arrive at it’s destination.

Search and Rescue efforts were launched immediately and have been ongoing. We would like to extend our sincere thanks to our partners in government, as well as our many friends (individuals, organizations and communities) for the incredible support we have received in the ongoing search for Samwel.

Aerial Search for Missing Pilot and His Plane Halted

Tanzanian Tarzan: Brenden Talks To Elephants. Grew Up With Beasts in Tarangire

The support has been really touching. Our thoughts remain with Samwel’s family and close community who are all anxiously awaiting news. As the search continues, we are doing everything possible, both in the air and on the ground, to locate our brother Samwel. We will not rest until we have found him.’’

“We are so grateful for the support we have received from our partners in government and the Tanzanian Civil Aviation Authority who have all been tirelessly helping us look for Samwel and providing their expert advice.

We also want to thank our fellow conservation NGOs for their efforts to help and the many private individuals who have stepped up and offered assistance.”

“The plane that Samwel was flying is well known for it’s excellent safety record. In the rare emergency situations, pilots are able to guide the plane down to the ground and avoid serious injury.”

The Pilot is an Alumni of Sokoine University of Agriculture.

There are reports that his plane dissapeared while flying over Tanzania’s largest Game Reserve, therefore making the search rather difficult, taking into consideration the precinct covers over 50,000 square kilometers.

why Is Dar-Es-Salaam City Not Attracting Tourists?

Mount Kilimanjaro Base Heats Up Feverishly In equinoctial Phenomenon